The FFr444 is a bracket especially for bellyboat. Many kayaks and bellyboats have so-called Scotty recesses and or pads glued on the PCV surface. Most of these kayaks have square recesses in a typical shape at the places where brackets can be mounted. There are also pre-drilled holes, so that you don’t have to drill at all.

However, there is nothing to be said against fitting this bracket to your boat even without the Scotty recess. Such a solution makes sense with extreme loads on the bracket. Because 8 screws are known to hold more firmly than 4 screws, as with the FMb.

designed for kayakers and Bellyboats
contains the Fs219 mount for the corresponding base
full compatibility with the entire range of fasting accessories
easy to operate locking mechanism for accessories such as rod, smartphone or cup holders
Accessories easily exchangeable
compatible with Scotty, RAM and fish-on recesses
no drilling necessary for Scotty recess
for extreme loads on the bracket
Protective cap, so that no water or dirt gets into the holder
IMPORTANT: The bracket is NOT fixed with self-tightening screws! 4 screws including nuts and washers are supplied. 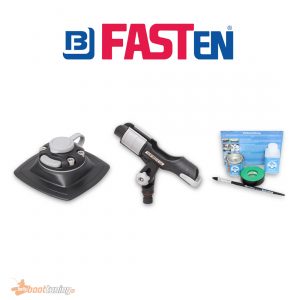 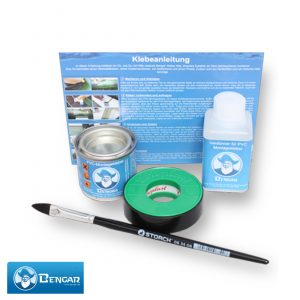